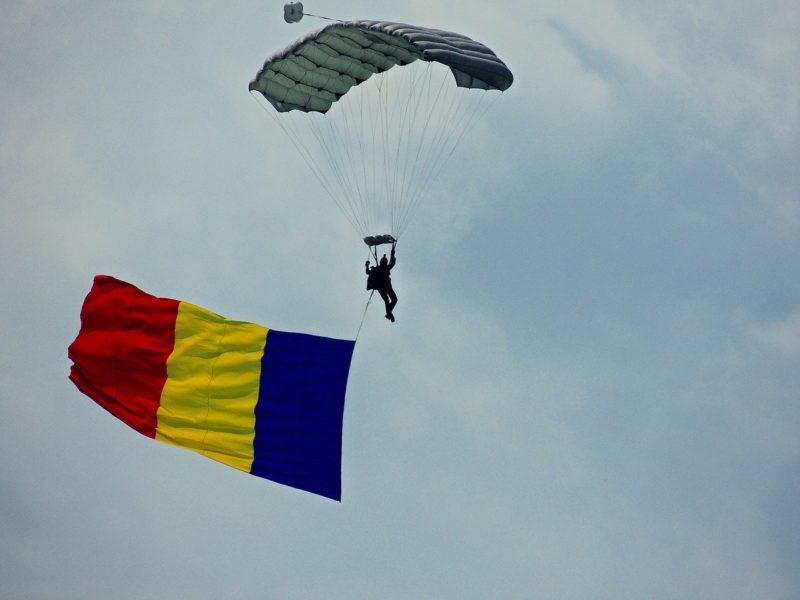 Learn Everything About the Romanian Language

Romanian is a unique and fascinating language. It’s one of the most often overlooked languages in the world. Thanks to its rich and long history, the language they speak in Romania today is truly one-of-a-kind. Discover its current use, history, and basic facts about the Romanian language here.

Romanian Is a Romance Language

People often forget Romanian from the list of Romance languages. French, Spanish, Italian, and Portuguese are much more notable members of this family. But, Romanian is related to all of these. So, Romanian is like Luke from the Hemsworth family.

Despite literally having “Roman” in its name, Romanian isn’t an obvious Romance language. It’s separated from the others geographically by the Balkans. And thanks to its Slavic neighbors, it has a significant Slavic influence.

Daco-Romanian is the type of Romanian that we recognize today. It’s part of the Eastern Romance branch. Linguistically (and geographically), the closest Romance language to Romanian is Italian. The two languages have a 77% lexical similarity according to Ethnologue. That seems like a lot, but between major languages, it’s actually not that impressive.

An Overview of the Romanian Language

There are 24 million native Romanian speakers and roughly 4 million people with Romanian as a second language. Romanian is the official language of Romania and Moldova. In Romania, 93% of the population holds Romanian as their first language.

In Moldova, the official language is actually Moldovan. But, Moldovan and Romanian is the same language. The written form is the same. But, there is definitely a difference in accent between the two countries. Still, if someone says they speak Moldovan, they actually mean Romanian.

According to Ethnologue, there are five distinct Romanian dialects. These are mutually intelligible, and they only reflect the accent of a region. 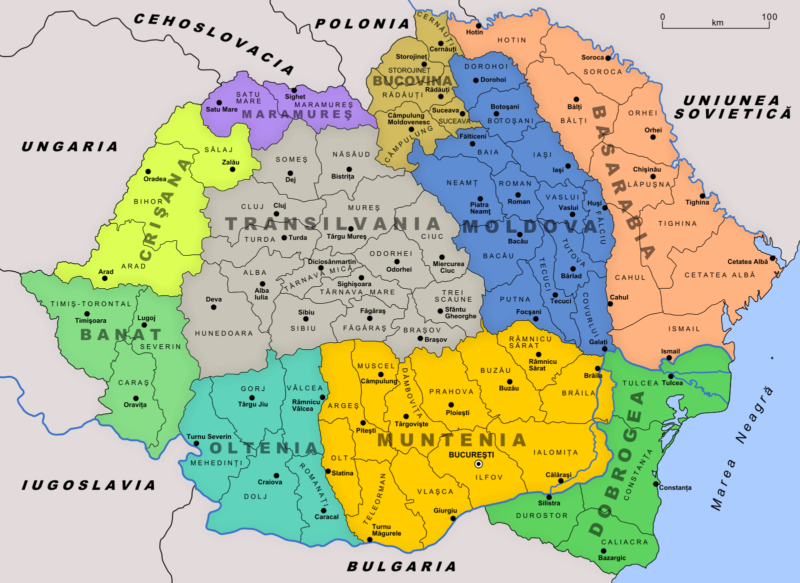 History of the Romanian Language

Before the Roman conquered the land, the Dacian people lived in the area that’s Romania today. Once the Romans overtook the Dacians in 106 CE, they forced their language, Latin, on them.

Interestingly, the Dacians adopted Latin quite quickly. And even after the Romans left, the Latin language remained. From this Vulgar Latin, Proto-Romanian was born by the 9th century.

The Slavic Influence on Romanian

Thanks to its geography, Romanian was always surrounded by Slavic languages. Romanian is part of the Balkan Sprachbund. This is a collection of language in the Balkans that influenced each other. These include various Slavic language, Greek, and of course, Romanian.

Unfortunately, there’s not a lot of written evidence of what Romanian looked like before the 16th century. Neacsu’s letter from 1521 is the first text of its kind. It’s written in Cyrillic script, which is further evidence of the Slavic influence on the Romanian language. In fact, the Cyrillic script was used as Romanian’s primary writing system until the 19th century. 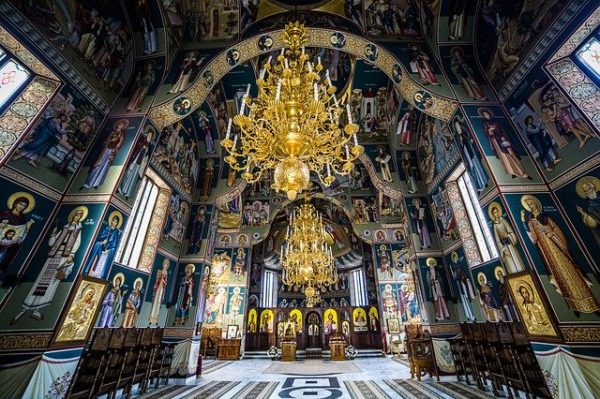 From the 19th century, Romanian linguists wanted to re-Latinize Romanian. The biggest step for this was the introduction of Latin letters. So, gradually, Romanians started to use the same letters that we know from the English alphabet. With some variations to account for the pronunciation, the Romanian alphabet is still very recognizable.

The re-Latinization movement also tried to leave non-Romance vocabulary behind. They drew vocabulary from Italian and French words. So, modern Romanian vocabulary includes a lot of influence from those two languages in particular.

After Romania gained independence in 1878, Romanian became its official language. Through the various border changes to Romania in the 20th century, the language remained intact.

Today, Romanian is written fully in Latin script. Since it’s a Romance language, it bears a lot of similarities to Italian, French, and Spanish. But, there’s a hint of Slavic in Romanian too. Interestingly, in its grammar, Romanian retained a lot of original Vulgar Latin. So, Romanian is a unique sounding language, to say the least. 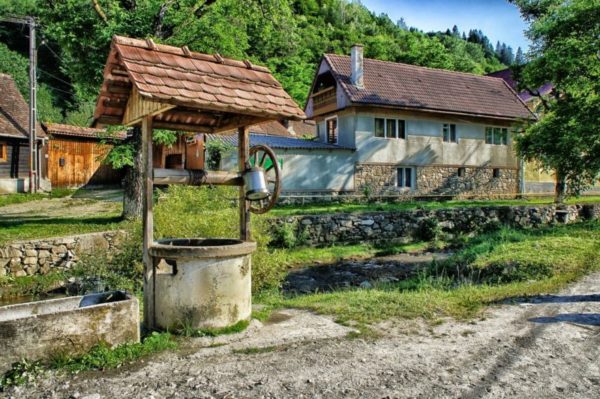 The Romanian Writing System and Alphabet

Until the 19th century, Romanian was written in Cyrillic script. Once the Latin letters were introduced, the change in Romanian writing was gradual. In Romania, this was a bit faster. It wasn’t until 1989 when the official writing system changed from the Cyrillic script in Moldova.

There are 31 letters in the Romanian alphabet. Any variations to the letters used in English are to reflect the difference in pronunciation.

Romanian Pronunciation of the Alphabet

When you’re reading Romanian out loud, you have to be aware of the pronunciation rules. So, these are the most basic pronunciation guides to the Romanian alphabet: 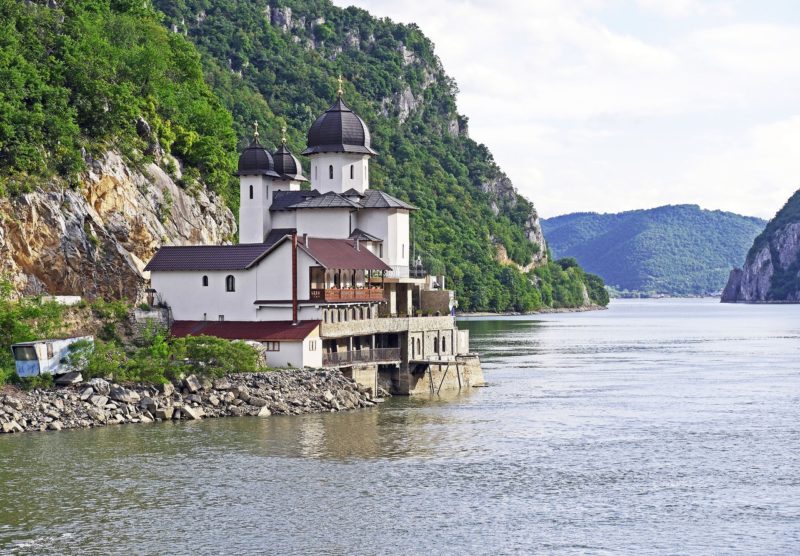 The fastest way to learn Romanian vocabulary is to focus on the most common words. Above all, learning the 2500 most often used words and phrases can already grant you enough vocabulary to be fluent. That’s what Romanian locals use, so your studies don’t need to exceed that. To start you off, here are some common Romanian words that every traveler needs to know:

Romanian grammar is most similar to other Romance languages. So, just like French and Italian, Romanian is an SVO (subject-verb-object) language. That means that in simple sentences, the verb preceds an object like this.

But, Romanian is different from other Romance languages in a few grammar rules.

Romanian doesn’t have standalone prepositions or definite articles. Instead, Romanian uses declensions. Noun declensions aren’t common in other Romance languages, but Romanian retained this unique grammar rule. It’s worth noting that there is an indefinite article in Romanian, just like you can see in the example sentence below.

Romanian also uses declensions to conjugate verbs, but that’s not as unique. 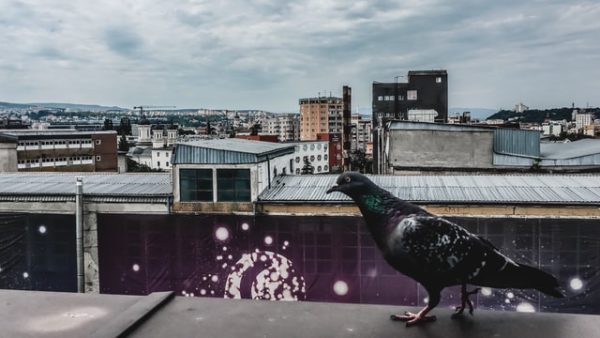 Noun declensions in Romanian mean that you need to conjugate a noun to fit the role in the sentence. So, if a noun is the subject of the sentence, it has a different ending than when it’s the object.

There are four grammatical cases in Romanian:

Does Romanian Have Genders?

Other Romance languages, such as French and Italian, all have two genders: masculine and feminine. These genders determine how a noun, adjective, article, and pronoun looks in a sentence.

But, Romanian has three genders instead of two: masculine, feminine, and neuter. So, Romanian learners need to pay special attention to this.

How to Count to 10 in Romanian

Romanian numbers aren’t difficult to master. But, if you’re interested in learning the numbers between 1 and 10 in Romanian, they look like this. Romanian’s Latin roots are undeniable. 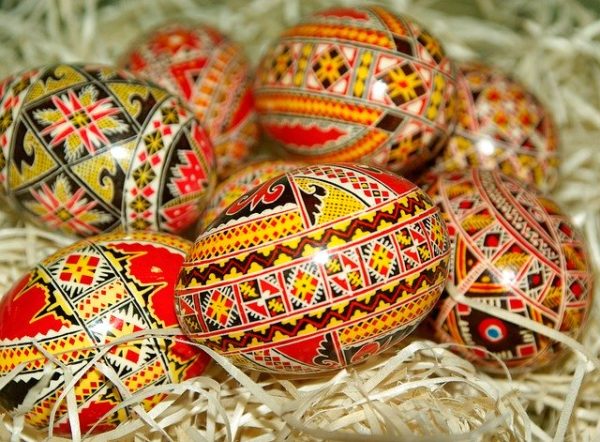 Is Romanian Hard to Learn?

No, Romanian is relatively easy to learn for native English speakers. That’s largely thanks to how close English and other Romance languages have been in history.

According to the US Foreign Service Institute, learning Romanian will take up to 600 hours. This means, that Romanian is one of the easiest languages to learn. Just like French or Italian learners, those studying Romanian will reach fluency fast.

Is it Worth Learning Romanian Language?

The short answer is: absolutely. There are countless reasons why you should learn Romanian. For example, you can enhance your career opportunities, study abroad, and improve your brain health by speaking Romanian fluently.

Romanian can also open the possibility of learning more Romance or Slavic language. Thanks to its unique history, the Romanian language is a perfect starting point for either (or both).

Of course, you can learn Romanian on your own. But, it’s much easier to let a reliable language learning app handle the heavy lifting. And what better program to trust to bring you to Romanian fluency than OptiLingo?

OptiLingo gives you the most useful Romanian vocabulary. It includes a list of words and phrases that real Romanian locals use every day. So, you’ll never learn unnecessary things. In addition, you can practice your Romanian speaking skills from Day 1, and build your confidence in the language. Achieve your dream of speaking Romanian fluently by downloading OptiLingo! 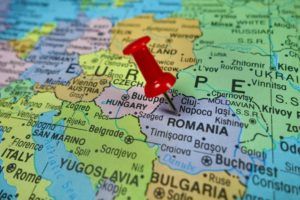 15 Tips For Learning Romanian Effectively On Your Own 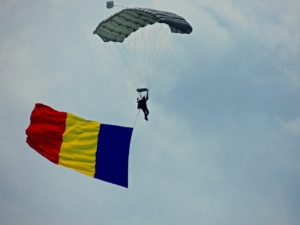 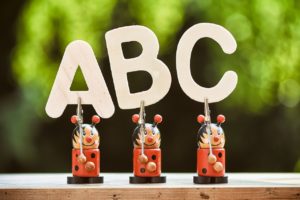 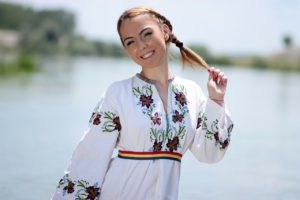 Why Learn Romanian? Here Are The Top 10 Reasons