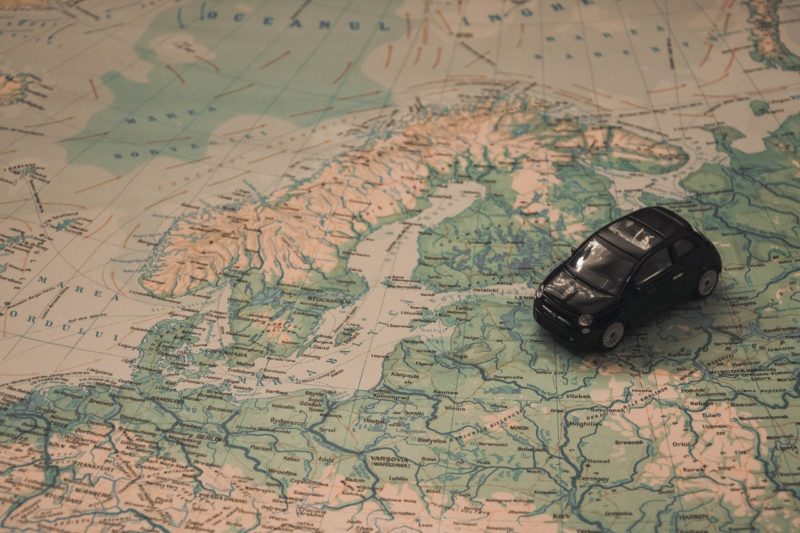 Scandinavia is the Northern part of Europe. Filled with gorgeous landscapes and beautiful people, this region can be the envy of all. The languages of Scandinavia are equally fascinating. These North Germanic languages, or otherwise known as Nordic languages are connected by more than just geography. If you’re fascinated by Scandinavia, but you’re not sure which Nordic language to learn, it’s best to start with the easiest one. But, which is the easiest Nordic language? Find out through the comparison of these wonderful Scandinavian languages.

What are the Scandinavian Languages?

When we’re talking about the easiest Nordic language, we’re deciding between Danish, Swedish, Norwegian, or Icelandic. 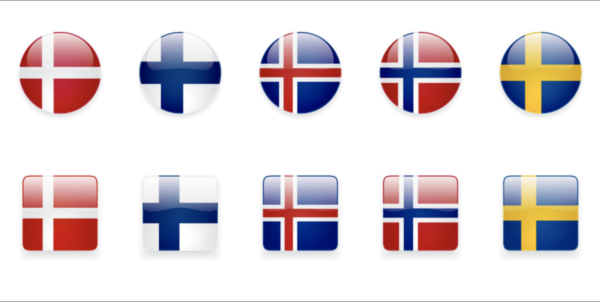 Yes, many of the Scandinavian Nordic languages are mutually ineligible. This means that if a Norwegian and a Dane speak to each other in their native tongues, they’re likely to understand each other fairly well. This is thanks to the shared history and common vocabulary Nordic languages have.

The truth is, they shouldn’t even be separate languages. They should be dialects of a common Scandinavian language. Nordic languages are very similar to each other.

How Many People Speak Nordic Languages?

Deciding which Nordic language is the easiest can’t happen without considering the US Foreign Service Institute ranking. This is a government-defined rating of how easy or hard foreign languages are. If you want to determine how long it will take an English native speaker to learn a foreign language, this chart is quoted. 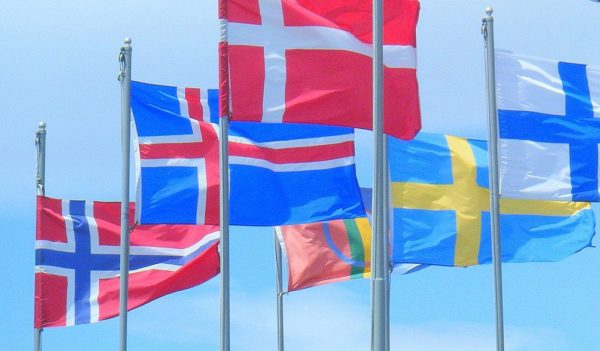 According to the FSI ranking, most of the Nordic languages are very easy to learn for native English speakers. This is because English is also a Germanic language (although West-Germanic, not North). Danish, Norwegian, and Swedish are all Category I languages. This means you can reach complete fluency in them in 575-600 hours or 23-24 weeks.

Icelandic on the other hand is a little bit more complicated. It’s a Category IV language according to the FSI. This raises the difficulty level and the amount of time estimated to learn it. You may need up to 44 weeks or 1100 hours of study to master Icelandic. So, we can definitely rule Icelandic out as the easiest Nordic language.

When it comes to Norwegian and Danish, they are similar in vocabulary. The difference comes in, in the sound as they differ. On the other hand, Swedish and Norwegian are similar when it comes to the pronunciation but their words used are different. To understand the relation these Nordic languages have to each other, we can look at them as Scandinavian siblings.

Norwegian is the eldest. It’s often considered the mediator between the other two, as it’s closer to both. Danish is the rebel sibling. No one can get or understand them, but they also can’t understand the other two. Understanding Danish can require a lot of concentration from Norwegians and Swedes alike. 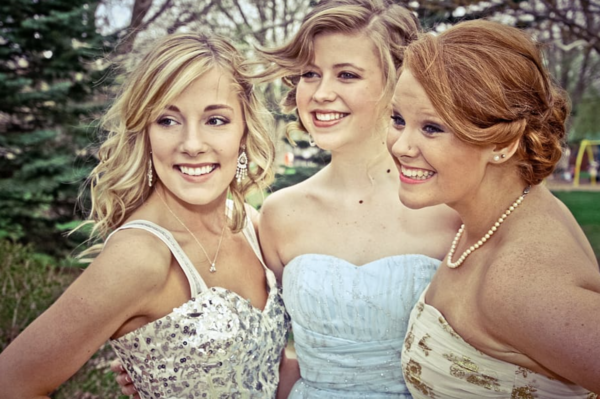 Which Nordic Language is Easiest to Learn?

Danish is difficult to understand for other Scandinavian natives. Thanks to this pronunciation, there are a lot of jokes about Danish in the Scandinavian community. Some say that Danish sounds like a drunk person talking. Others say that only a drunk Norwegian could understand a Dane. Basically a lot of drunk jokes.

However, Danish isn’t sloppy at all. It’s simply different in pronunciation. Danish word endings are often swallowed. But, the writing is still very similar to Norwegian and Swedish. Here’s a good example:

Having a useful vocabulary list is crucial to achieving fluency. Luckily, the Nordic languages share a lot of vocabulary. Thanks to their proximity and shared history, these three languages have a lot of cognates and loanwords. If any of the three stands out with different vocabulary, it’s Swedish. They use a slightly different set of words in everyday language.

However, despite the shared vocabulary, there are a few false cognates you should look out for. For example “rar” in Danish is cute or pleasant. And the same word in Norwegian means weird. Avoid these false cognates to avoid misunderstandings and embarrassments.

Despite the many differences that exist in Nordic languages, there are some similarities that exist. The written versions of Norwegian and Danish are almost identical. So, no Scandinavian language is easier or harder when it comes to writing. 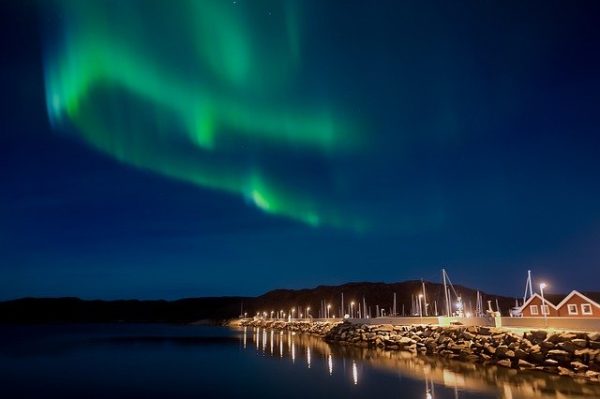 Which Nordic Language Should You Start With?

If you want to learn all three Nordic languages, there’s nothing stopping you. But, it’s best to learn one well before you begin to learn another foreign language. And if you’re not sure which Scandinavian language to learn first, consider the following:

Norwegian is the middle ground between Danish and Swedish. Although it’s not as popular as either of these, if you want to learn more than one Scandinavian language, it’s best to start with Norwegian. Its clear pronunciation will be handy for Swedish, and its writing will be useful for Danish. If you’re fluent in Norwegian, learning other Nordic languages will be much easier.

Which Is the Easiest Nordic Language?

So, all-in-all, which is the easiest of the three most popular Nordic languages? Swedish, Danish, or Norwegian? For an English native speaker, they’re all relatively easy. But, Norwegian is definitely the easiest Nordic language to learn from the Scandinavian region.

But, of course, you should begin with the Nordic language that’s closest to your heart. You’ll find more enjoyment in your studies if you’re motivated to learn a language. Norwegian may be the easiest Nordic language to learn as an English speaker, but if you have Swedish family or you love Danish beer, for example, study those instead.

There’s one common aspect of all Nordic languages that we haven’t mentioned: they’re all featured on OptiLingo. The easiest way to study the Nordic language is with a reliable language learning method. So, to make your life easy, OptiLingo offers all Scandinavian languages: Norwegian, Danish, Swedish, and even Icelandic.

The best part about OptiLingo is it gives you the most common words and phrases in all the languages. Which means that you can learn exactly how the locals speak. Live your Scandinavian snow-covered dream, and progress in your chosen Nordic language to fluency. To start your journey to fluency fast, download OptiLingo today! 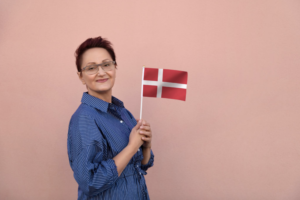 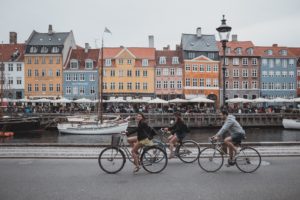 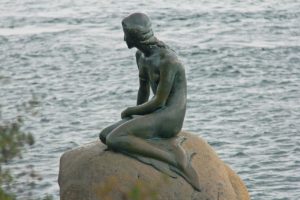 Why Learn Danish? Here Are 10 Reasons to Start Learning Today