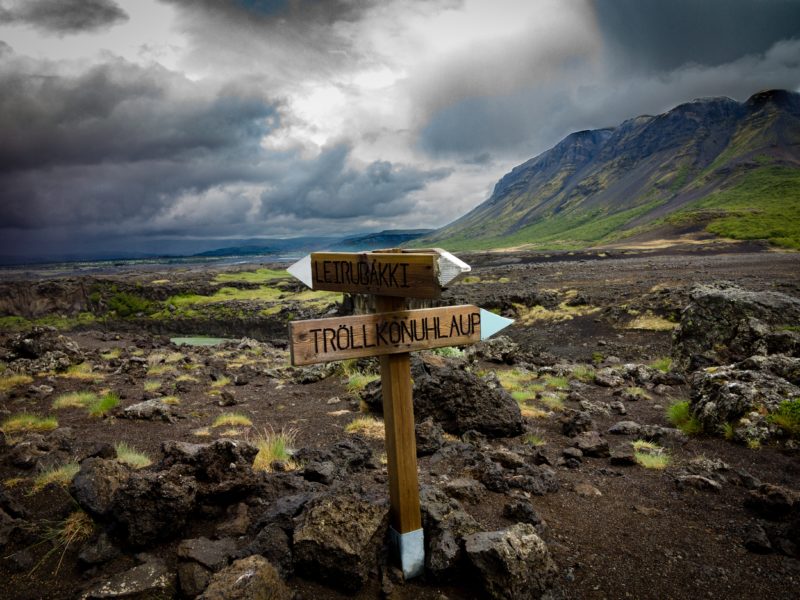 The Story of Richard Simcott, a Hyperpolyglot

Richard Simcott wasn’t born speaking 50 languages. In fact, he never set out to be a polyglot, let alone a hyperpolyglot. It just happened. Like everyone else, he had to overcome challenges to learn new languages. But his path is a bit different than most. From a humble start to one of the most renowned polyglots helping bring communities of language learners together, this is his story.

For those struggling to learn one language, meeting someone who knows 50 can go a few different ways. Many are amazed. Some are curious. A few are annoyed. Why? Well, for those who struggle with learning a second language, Simcott’s foreign language portfolio can be frustratingly intimidating, a gleaming badge of what they failed to accomplish…

However, they would be mistaken.

Simcott leverages his experiences and knowledge to help people achieve fluency in foreign languages while working hard to connect an international language learning community. His humble demeanor and genuine passion for language learning inspire others. In fact, while Simcott may be a hyperpolyglot, he’s no stranger to the frustrations inherent in learning new languages.

How Playtime Kickstarted a Multilingual Journey

Born in the UK, Simcott comes from an Anglo-Welsh background. His first language was English, his second, French. Even though he didn’t use French at home, he did learn it throughout his schooling. In fact, Simcott can’t remember a time when he didn’t speak French. Some would see learning a language at a young age as an advantage, but for a while, Simcott thought it would limit him.

He thought that he wouldn’t be able to learn any other languages besides French. As strange as that may sound, many people think in a similar vein when they realize that he now speaks over 50. Mainly, many people wonder, how do you remember them all?  So, for a while, he stuck with French and no other languages until he found inspiration to learn more.

Simcott recalls a simple, yet powerful childhood moment that motivated him to venture out to other languages. He was on the playground when a young Norwegian boy came up to him and asked him if he spoke Norwegian (in English). When he said no, the boy left to play with other kids who could. That moment, standing on the outside looking in, inspired him to learn other languages so that he could connect with other people.

His background gave him a head start. Being part Welsh and growing up close to Wales gave him experience with that language. Then, when he was a bit older, his dad remarried a woman from Thailand. That opened the doors to experience two more languages, Thai and Welsh (in addition to French and English). Granted, he didn’t speak these languages fluently at home, but it did help further his appreciation for them.

There was another driving force that guided him to learn more languages: maps. Simcott feels that language learners find themselves naturally drawn to maps. He describes his love for them as a compulsive desire to know where in the world these languages come from. Looking at maps gave him a sense of perspective about which doors the languages he studies unlocks.

Over time, Simcott’s love for languages continued to grow. The more languages he learned, the more he noticed characteristics about them that intrigued him. But unlike today, there wasn’t a language-learning community out there he could connect with and share these feelings. So, for him to continue pursuing foreign language learning, he would need to learn them at university.

Simcott found himself drawn to Icelandic next. Though, he couldn’t tell you why. The cold weather, perhaps. Still, for some reason, he wanted to learn Icelandic and the best way for him to do that at the time was through a Combined Languages degree course at university. The program allowed him to study the language but also forced him to learn in conjunction with Swedish, as part of the Scandinavians Studies department’s course.

Later on, he would add Portuguese and Italian for his degree. And when he would travel, he’d pick up the local language along the way. This love for languages led him to be noted by HarperCollins as one of the most multilingual people from the UK by HarperCollins.

And it didn’t stop there.

The Experience of Learning Languages

Simcott began flirting with other languages as well. He has referred to polyglots as a “Promiscuous language learners”. Learning one pulls you in and intrigues you, its freshness, its secrets, its substance. For Simcott, he doesn’t learn languages just to learn them. He learns them because of what they allow him to experience more of life.

You can see this in how he describes learning German. He called it a “game-changer” for him. Before then, he had mostly focused on romance languages. Speaking German created a mental shift for him that he described as a physical change in his brain. Curiosity pulled him in deeper. And soon, he was fluent, confident to say whatever he wanted to in the language. That initial intrigue and curiosity highlights his passion for languages

With each new language, he learns a new pattern. German drove him to understand the strong verbs and sentence structure of English better. This curiosity and eagerness to learn more laid the foundation for discovering future language, a curiosity that expanding the list of languages he wanted to learn. Still, despite all this passion for language, the journey wasn’t without pitfalls.

Simcott then found himself studying in Czech, struggling a different kind of language learning experience. Drawn to Czech like he was German, Simcott gained a better understanding of the case system. And in turn, he would take this knowledge and apply it to other languages he knew. But when he wasn’t studying the Czech language, it was adapting to life as a polyglot that caused him discomfort.

While living in Czechia, he lived on one side of the Charles Bridge near the castle and would have to cross the bridge every day. The bridge, crowded with tourists, would be a path filled with languages bursting from all sides. He described the sensation, not as pleasant, but as though someone was turning radio dials in his head.

In short, he can’t tune languages out. They’re not just noise to him, they’re packed full of meaning. And moving down the bridge was a sheer headache of confusion that made him wish he didn’t know so many of them.

Luckily, he wouldn’t have to deal with this long. Instead, he learned to avoid the bridge and other crowded areas at certain times. He says that it’s one thing to switch back and forth between languages. But, the intensity of being bombarded with all these languages at once was an unpleasant experience. And it would be one he’d have to learn to adapt to as his language learning portfolio grew.

As he moved from place to place, he continued to learn new languages. The Netherlands, German, Czechia, Spain, France, Italy, and now in Macedonia where he currently lives, Simcott has had a life full of interesting places and their languages. Behind each effort to acquire a new language, Simcott embraces the opportunities that learning them provides.

Time is against us all, and this is no different for the language learner. While it’s certainly possible to learn multiple languages at once, you can only learn so fast. At some point, you push against the time your mind needs to learn. Time also causes languages to wear down and become rusty. And still, other obligations fight for our time as well: jobs, family, friends.

As a man that loves languages, Simcott struggles with the frustration of balancing learning new languages with maintaining old ones all while balancing a life in the process. Time is the greatest enemy of language learners. And when you’ve studied as many languages as Simcott, you realize just how limited time leaves us all to be.

Simcott presents an approachable view of what being a polyglot means. He has languages that he considers himself fluent in, others that he can speak at a B2 or B1 level, and others where his ability is lower still. He’s open about the difficulties that happen when you juggle 50 different languages inside your head.

Over time, some of these languages inevitably get rusty. And as a language-learner, you have to know when to take them out, polish them off, and use them again.

Language Learning in the Workplace

Simcott’s day job pulls heavily from his language learning and speaking abilities. With over a decade of professional experience working with clients and using various languages, he’s been able to translate his passion into a very rewarding career.

He works as the Languages Director at The Social Element, a worldwide organization that provides social media management, strategy, and insights for various businesses. The company has projects and staff all over the globe. And the job gives him the chance to infuse his passion into his work.

People first notice Simcott’s near-perfect accents in the languages he speaks. But he argues that this is simply because he prioritizes being understood. After all, the point of speaking a foreign language is to be understood by others. A point he highlights by discussing his struggles in many of his interviews, videos, and talks. For Simcott, the ability to learn a new language is within anyone’s ability. And he’s adamant about driving that point home.

He’s the first to admit where his language abilities lack and the struggles he faces trying to balance a full-time life with a full-time passion. That’s where his passion for languages shines through. He doesn’t learn languages to learn a certain number of them, he learns them because he enjoys them. How many he knows and his abilities in them vary from time to time because its the result of a lifetime spent pursuing a true passion.

Simcott’s efforts as a hyperpolyglot led him to become a foundational member of the international language learning community. From being interviewed by other prominent polyglots to sharing his insights into language learning with The Times and Forbes to the Goethe-Institut naming him an Ambassador for Multilingualism, his abilities are well known and valued among his peers.

These events get him out in front of people eager to learn languages. That interaction, that sense of community, underscores what language learning means to Simcott. And he continues to work hard to grow that community.

For more information on polyglot Richard Simcott and how to get in touch with him, check out his contact details below: 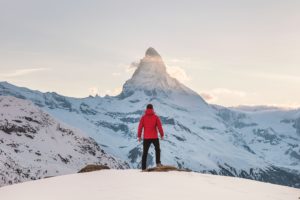 How to Create the Best Language Learning Study Plan 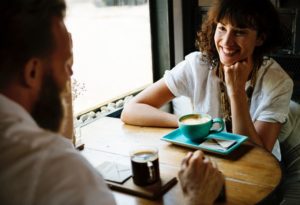 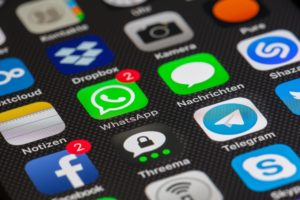