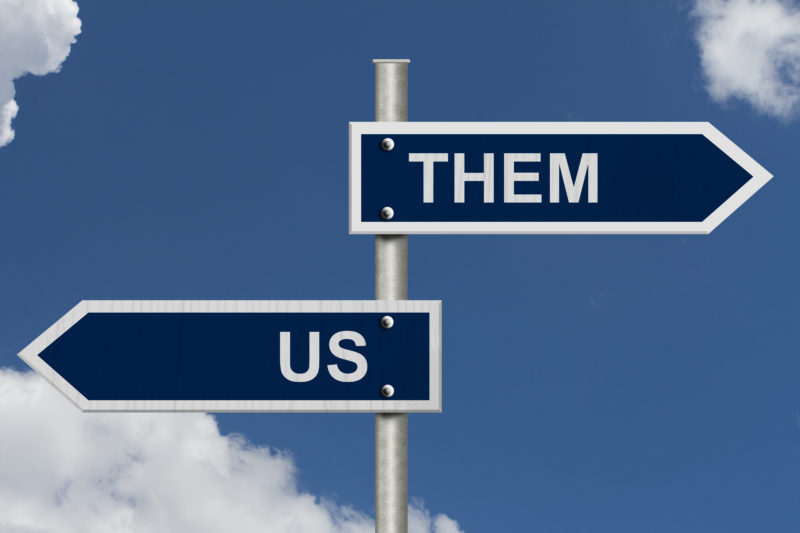 “Why do I need to learn a language? Everyone speaks English…”

Anyone who speaks more than one language or has a different first language other than English cringes at this common mantra that seems to stand in defiance towards foreign language acquisition. Not only is it a way of deflecting from one’s fear of learning a new language, but it’s also far from the truth. Approximately 75% of the world doesn’t speak English.

Globalization has changed the world. Despite a failing education system, people have come to realize on their own how important learning a new language is for their future.

It would appear that adults to want to learn foreign languages than kids. (They’re better learners after all). That’s evident in both the rapid decline of language programs in K-12 and universities nationwide while simultaneously, language learning programs are expected to grow in popularity.

Meanwhile, there appears to be a political schism growing throughout the world. And the cure could be something somewhat unconventional… 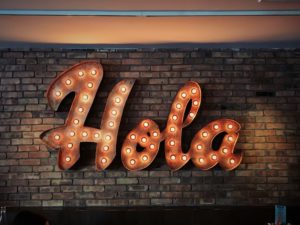 There has been an increase in the number of bilingual people nationwide. In 1980, around 10.5% of the US spoke two languages. Now, it’s around 22%. In fact, the US has the second-largest group of Spanish speakers in the world, behind Mexico. And it’s projected to rank #1 for Spanish speakers by 2050. But while those numbers are an improvement, they’re still quite low compared to most of the rest of the world.

And the UK doesn’t fare much better. About 38% of the population can speak a second language. Language learning has been on a huge decline due to the perception that it’s too difficult to learn a new language. With low-enrollment and interest in foreign language courses, those numbers will continue to fall.

Compare all this to the European Union where roughly 56% of the population speaks at least one other language, and you need to ask, “Why do they have more bilingual speakers?”

The EU allows for free movement and trade between its member states. Residents of Spain, for instance, and move to Germany and set up a life there without much effort. This free-flowing movement makes it an asset to learn another language. There’s also a higher chance of meeting someone who doesn’t speak your language if you live in an EU country. And that necessity can be a huge motivator to learning a new language.

Language Learning as a Way of Life 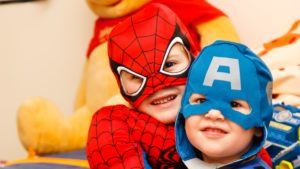 But there’s another glaringly obvious reason, and that’s the role of language in the school system. To begin with, children should start learning a second language early on in school. Remember that in the US, 20% of students study foreign languages at the K – 12 levels. In Europe, that number shoots up to 92%.

In the US, there’s more access to languages at the high school level, but that’s not always the ideal learning environment for languages. A lack of exposure to foreign languages growing up creates a perceived difficulty behind achieving foreign language fluency.

This isn’t to say that kids learn languages better, but teenagers are far more self-aware and anxious in social settings than children. As a result, practicing and making mistakes is far more upsetting for them. That fear of embarrassment can discourage them from wanting to learn languages in the first place.

Meanwhile, Europeans grow up learning languages. It’s the cultural norm. And while many monolinguist people find it fascinating that someone can speak another language, for Europeans, it’s just a way of life.

When schools need to cut funding, they tend to get rid of their language-learning programs first. They mistakenly see it as a non-essential (again going back to the whole, “Everyone speaks English anyway!” mantra). Add to that the failure of second language instruction, and no one really seems to bat an eye when various secondary language classrooms disappear. 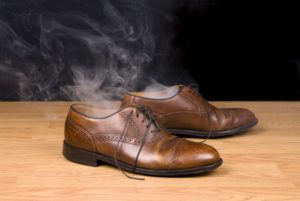 How is it possible that even though language learning in schools is at an all-time low, there’s a growing trend toward learning languages through apps, programs, and other non-traditional methods?

It’s not that there’s a greater appreciation for language-learning in school. In fact, it’s the opposite. Instead, more people are becoming independent learners, reaching fluency in foreign languages in their own time. On their terms.

But that’s ironic because a school can be an excellent environment and the perfect time to study a foreign language, provided it’s done correctly. Again, it’s not that kids learn languages better, though they do have some advantages. It’s that they get an earlier start at it and have more time to practice. In a way, it’s kind of like learning the piano. The earlier you start, the better you’ll be by the time you’re an adult. But adults can still learn to play the piano.

You’re also less set in your ways as a kid. When you’re young, you’re curious. You’re more willing to explore topics, learn, and make mistakes. And growing up learning multiple languages means you grow up being more culturally aware. As a result, you’re more accepting of differences, making it easier to connect with different groups of people.

The more monolinguistic we become as a society, the more we shut down the desire to connect with people who are different. And that is perhaps a huge influencer in the current cultural trends around the world. Increasing nationalism and anti-immigration sentiments originate in a lack of understanding and appreciation of cultural diversity. Language barriers only serve to fuel that growing divide.

The world feels increasingly divided. Whether or not this is new or not is up for debate. Many argue that people have always been this way and have had these opinions. They say that until recently, they just haven’t had the opportunity to express them. Others say that it’s overblown, that the armies of online trolls lurk in the comment sections of Twitter feeds are just that, trolls. And still, others say that the current political mindset and its subsequent actions highlight this divide. 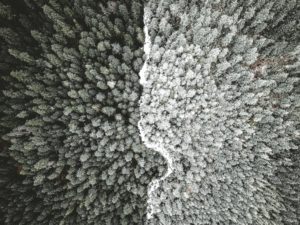 I’m not here to debate politics or take sides. This isn’t the avenue for that. But if you take a step back, you can see that several major current events illustrate that the people on polarizing ends of the current debates can’t ever seem to come to a mutual understanding. That lack of cohesion goes deeper than different views. It comes from lacking the tools needed to see differently.

These issues are too complex and diverse to cover in this piece. And discussing them seems to only get messy, leaving both sides angry without any progress toward a mutual understanding. However, we cannot progress further without carefully highlighting these polarizing issues. Trust me, it’ll all make sense in the end.

American politics has a long history of partisan thought. But it’s only recently that that gulf widened rapidly. Voting used to signal political choice, but increasingly people associate it with character. That view makes discussing politics challenging as differing views become personal attacks rather than an exchange of knowledge and perceptions. Conversations shut down while tensions build between sides.

The UK and Brexit

Citizens of the UK cannot fully agree if they’re part of the EU or not. Many of the main motivators behind the referendum originated in a perceived loss of British Identity at the hands of the EU and issues with immigration. As a result, they held a referendum that ended in a narrow margin: 52% Leave vs. 48% Remain. Since 2016, there has been continuous debate and frustration (along with several Prime Ministers) trying to figure out how to go about leaving the EU.

Residents of Hong Kong worry that China will no longer respect the “one-party, two-systems” rule that has allowed Hong Kong its current freedoms. Current tensions among Hong Kong citizens come from China’s wish to extradite Hong Kong citizens. There is also frustration caused by China’s failure to fulfill Hong Kong’s democratic aspirations. Because of all this, there have been continuous protests that have grown in magnitude over the years.

With hundreds of thousands dead in the wake of the Syrian Civil War, many have fled their war-torn home looking for safety. Along with the movement of other refugees, many nations are torn by both an obligation to help others in need and a perceived form of “invasion” by foreigners rapidly showing up within their borders. While the West prides itself on democracy, there’s a clear disconnect between its displayed values and the rise of protectionism. 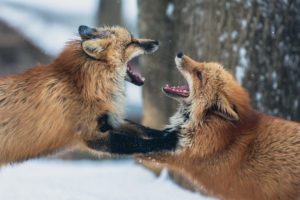 What’s this all have to do with the Golden Age of Language-Learning? In truth, it’s all connected. There are no simple solutions to these problems. But there are small efforts people can make along the way. With failing school systems, increased globalization, and increasing political conflict on the rise, there is hope.

One easily accessible solution people reach, on that could bring about change, rests in the importance of foreign language learning…

Continue to Part 5 of the Polyglot’s Paradox 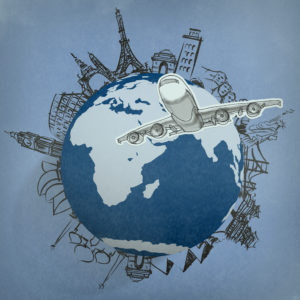 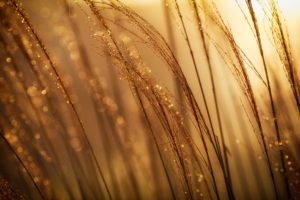 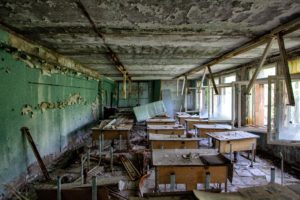 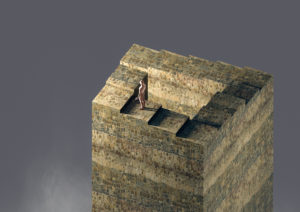