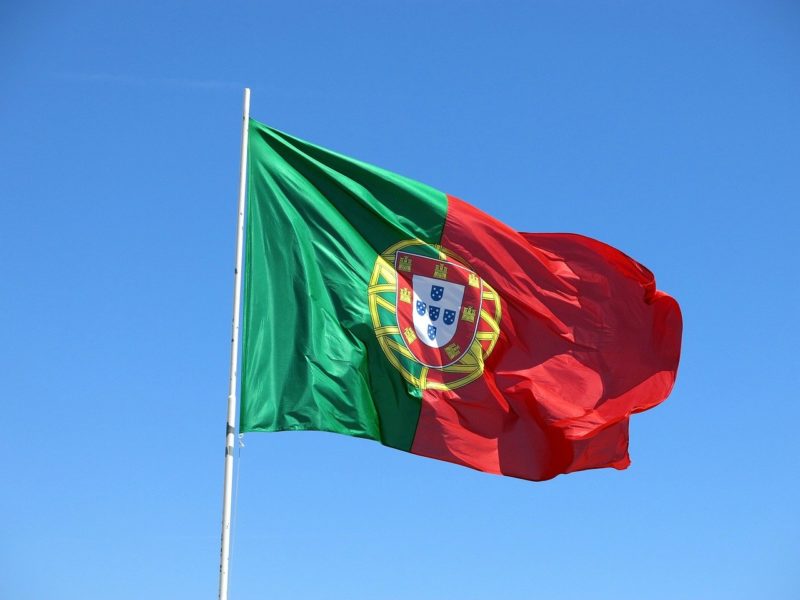 Discover the Secrets of the Portuguese Language

Portuguese is an often overlooked language. But, it definitely deserves more credit than it gets. This language is extremely widely spoken and globally important. But, it’s also very beautiful. Discover the history, use, pronunciation, and grammar or the Portuguese language to gain an appreciation for it. And perhaps this will be your motivation to learn it too.

How Many People Speak Portuguese?

Where Is Portuguese Spoken?

Portuguese is the official language of ten different countries. These are Portugal, Brazil, Cape Verde, Guinea-Bissau, Mozambique, Angola, and São Tomé and Príncipe. It’s also a co-official language in East Timor, Equatorial Guinea, and Macau. The collective name for Portuguese-speaking countries is lusophone (just like francophone is the collective word for French-speaking countries).

What Language Family Is Portuguese In?

Portuguese is a Romance language. This means that it’s part of the Ibero-Romance branch of the Indo-European language family. Portuguese is most closely related to Castilian Spanish and Catalan, but it’s also quite close to French, Italian, and Romanian too. 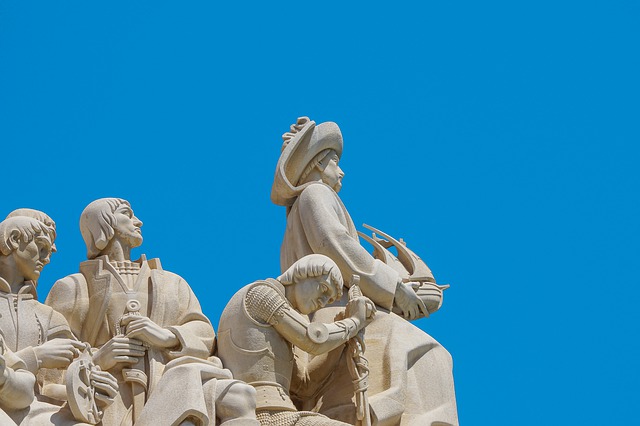 The Kingdom of Portugal began exploring and colonizing other nations in 1415. After the discovery of the American continent in 1492, the Portuguese Empire claimed great territories in South America as well as parts of Africa. This colonial spreading didn’t just grow the Portuguese Empire. It also spread the language. That’s why Portuguese is still a very widely spoken language today.

Since Portuguese is a very widely spread language, it’s understandable that it has a lot of dialects. For example, in the former colonial states of Cape Verde and Guinea-Bissau, they speak Portuguese Creole as a first language. But, there are only two dialects that are truly different and important globally: European Portuguese and Brazilian Portuguese.

The Difference Between Portuguese in Portugal and Brazil

While these are two distinct dialects of the Portuguese language, they’re mutually intelligible. But, those who speak Portuguese can definitely tell the difference. The Brazilian dialect didn’t evolve as much as the European dialect did. So, in Brazil, they speak the type of Portuguese that’s closer to the 18th-century accent. Brazilian Portuguese was also influenced by different languages it came in contact with. Namely French, German, and the languages of indigenous people.

The most important difference between Brazilian and European Portuguese is the vocabulary. These two dialects often have completely different words for the same objects. While this doesn’t affect mutual intelligibility much, it can certainly cause some confusion. Here are some common words that are different in the two dialects. 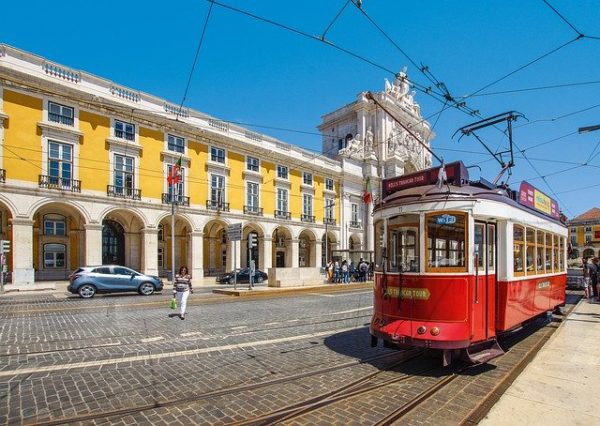 Of course, the two dialects are easy to tell apart instantly because of the way locals speak. The Brazilian dialect pronounced vowels longer. They also keep their mouths more open, which creates a very pleasing and clear accent. On the contrary, European Portuguese has much shorter vowels, and due to their mouths being more closed, the pronunciation often gets muddled. Overall, it’s often said that Brazilian Portuguese people speak slower, while European Portuguese talk much faster.

There are some pronunciation rules which are definitely different. For instance, if there’s an “s” at the end of the word, Brazilians would pronounce it as “ss”. Meanwhile, in Portugal, the “s” at the end of the word turns into an “sh” sound. Also, if there’s a “p” in the word, in Portugal, the “p” is silent, while in Brazil they pronounce the “p”.

Despite European Portuguese evolving more rapidly in the past couple of centuries, the Brazilian dialect goes bolder with the language. For example, in Brazil, you can create new words by turning them from nouns into verbs. While in Portugal, you need to use the traditional grammar rules to do the same thing.

Of the two, European Portuguese is more polite. They use formal speech in less than informal situations. Meanwhile, in Brazil, formal speech is only used when truly necessary. 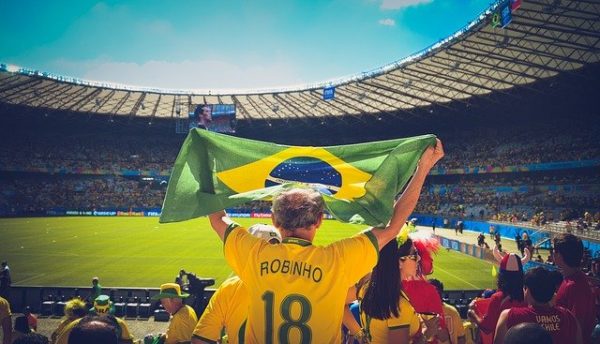 Which Portuguese Dialect Should I Study?

For those who want to learn Portuguese as a second language, deciding between the two main dialects is always a hard choice. Generally, Brazilian Portuguese is a little easier to learn, has more speakers, and it also comes with more learning material than European Portuguese. Since Brazilian soap operas are very popular worldwide, the accent is more widespread too. But, if you plan to move to Portugal, by all means, learn the European variety.

The only wrong choice you can make is not starting either. Learning Portuguese is a wonderful experience, and remember, European and Brazilian Portuguese are mutually intelligible. So, whichever you learn, you can communicate with Portuguese in either country.

One of the best parts of learning Portuguese is not having to learn a different writing system. That’s right, Portuguese uses the Latin alphabet, just like English. In fact, the letters of the Portuguese alphabet are exactly the same as in English, all 26 of them.

But, there are a few differences between the use and pronunciation of Portuguese letters that you need to be aware of. For starters, the letters K, W and Y are used only in foreign loan words. They don’t appear by themselves in normal Portuguese words.

It’s also worth noting, that just like French, Portuguese also has a “ç”. This letter appears inside the words and it conveys an “s” sound.

When you’re reading Portuguese, you may notice these vowels with these strange accents on top: á, â, ã, à, é, ê, í, ó, ô, õ, and ú. These happen because all of these accents signal a difference in pronunciation. Like in English, the “a” in “father”, and “hat” are completely different. The logic is the same here, but instead of letting people guess what the vowel sounds like, accents write the difference down. 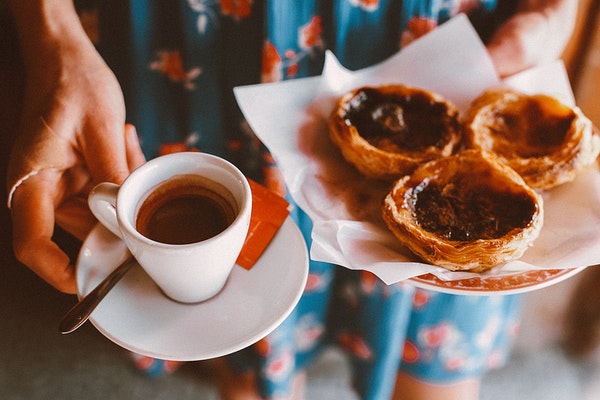 Digraphs are consonant combinations that signal a single sound. So, even if you see two consonants together, you always need to pronounce them one certain way. The digraphs in the Portuguese language are:

How to Pronounce Portuguese

Portuguese is a stress-timed language. This means that the time between stressed syllables is fairly consistent. So, thanks to this, unstressed syllables often become shorter, and a lot of vowels become reduced.

For example, the word importante (important) in Portuguese is roughly only pronounced as “imprtant”. So, the “o” in the middle is very very reduced, and the “e” at the end disappears. This makes Portuguese sound like it has a lot of consonant clusters. 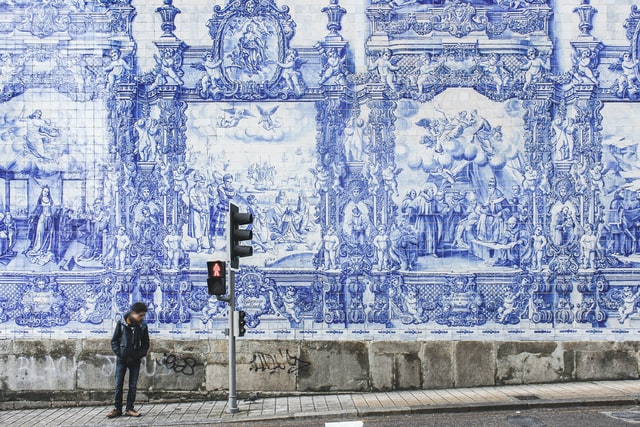 From the 8th to the 13th century, Arabic speaking Al-Andalus rules the Iberian peninsula. So, both Spanish and Portuguese have been affected by the Arabic language, though Spanish more than Portuguese. Today, there are around 800 Portuguese vocabulary words that originate from Arabic.

But, since Portuguese is a Romance language, a lot of vocabulary words will be easily recognizable to English speakers. This fact is one of the biggest contributors to how easy it is to learn Portuguese.

Does the Portuguese Language Have Genders?

Yes, the Portuguese language has two genders: masculine and feminine. This is a very usual thing for Romance languages. But, of course, English doesn’t have grammatical genders, so this is a concept English native learners need to get used to.

How Hard Is It to Learn the Portuguese Language?

No, learning Portuguese is far from hard. But, of course, how difficult it is to learn a language depends on what your mother tongue is. If your native language is English, and you want to learn Portuguese, you’re in luck. Thanks to the similarities between English and Portuguese in terms of the writing system, pronunciation, and syntax, Portuguese is one of the easiest languages to learn.

And this isn’t just some blind guess either. Even the US Foreign Service Institute agrees. According to their research, Portuguese is a category 1 language along with most Romance languages. So, learning Portuguese is just as easy as learning French or Spanish would be.

How long it takes to learn it is of course more like a guess. But, they estimate around 600 hours of study for an average English speaking learner to reach fluency. However, you can make your Portuguese studies much faster and much easier by using an effective language learning method. 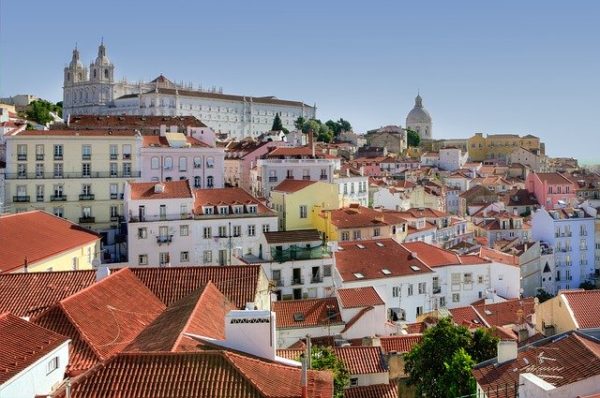 Is It Worth Learning the Portuguese Language?

But, there are plenty of concrete benefits to learning another language, and Portuguese specifically. Speaking Portuguese looks amazing on a CV. It can get you hired faster or secure you better pay. You’d be a valuable asset to the company, and they will need to appreciate that. But, if career advantages don’t sound appealing to you, how about your health?

Bilingual people have a better fighting chance against dementia and Alzheimer’s. At your old age, a mental weapon like this will be worth more than gold. Plus, if you set out a goal like learning a second language and you achieve that, that can do wonders for your mental health.

But, there are also specific benefits to learning the Portuguese language. If you travel to either Brazil or Portugal, you absolutely need to learn at least the most common words and phrases. Knowing a little bit of Portuguese can help you if you get in trouble, you can navigate better, and best of all, you can discover these beautiful countries, unlike any normal tourist. You can ask for all the hidden spots from locals, and if you speak Portuguese, they might even tell you.

The Best Way to Learn the Portuguese Language

Of course, the best way to learn Portuguese is with a language learning method that’s fun. Something that’s convenient, comfortable, and stress-free. And, most importantly, a tool that effectively helps you progress towards fluency in Portuguese. So, where can you find that tool to learn Portuguese? Well, OptiLingo just so happens to provide all that and more.

So, when the time comes, you’ll speak Portuguese fluently and effortlessly to locals. To discover how you can make that happen, download OptiLingo today! 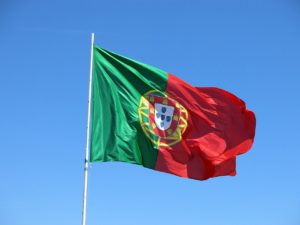