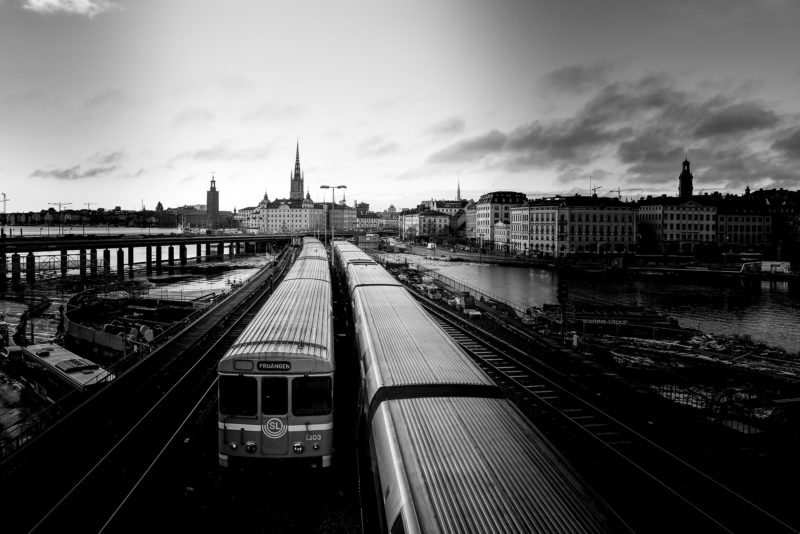 How I Finally Achieved Fluency in Swedish

Dr. Doug Green shares his experience and difficulties with learning Swedish to connect with his family in this guest post.

Americans commonly belittle themselves as few of us have any ability to speak another language.  This is in spite of the fact that almost all of us spent several years in school trying. While modern language education is better than what I experienced, current results don’t seem much better.

Here, I share how I gained a decent amount of fluency in Swedish without any formal study. My conclusion is that that the two things you need to reach fluency are serious motivation and the ability to experience immersion in your target language. I hope by sharing my experience, I can help inspire others who desire foreign language fluency.

After grinding out a 75% in French during my freshman year in high school, I started French II. In that class, the teacher only spoke French as she assumed we remembered everything from French I, which a 75 does not imply to any degree.

I quickly transferred to German I where one student grew up in Germany and another spent several years there. In addition to easy A’s they often politely corrected the teacher, and he even asked their opinions at times. Since the high grades were taken by my enthusiastic classmates, I hung in there and earned low C’s.

I wasn’t bad with vocabulary. But in both cases, the teachers assumed that I had mastered English grammar. That was clearly not the case. I was also a poor speller in English. That didn’t help when I misspelled French and German words, losing points at every turn.

As a junior in college, I had to take two semesters of German as a chemistry major requirement. Back then (1968), many of the important reference books were in German. And even though I had two years of German in high school, I barely managed to earn two C’s with the help of a fraternity friend. Since I was good at math and science, my ego lived on with the conviction that I simply wasn’t a good language learner.

Language Learning in the Army

After earning my master’s degree in teaching I received my draft notice in 1970 (Vietnam Era). Prior to the start of basic combat training, we took a host of intelligence and aptitude tests. And I wisely volunteered to help grade the tests to avoid an afternoon marching in the snow.

The foreign language aptitude test involved learning a bit of a made-up language and answering questions using it. I’ve always done well on standardized tests as I’m motivated and treat them like puzzles.

When I saw my score I was stunned to see that I had a high aptitude for learning foreign languages. This was something my teachers in high school and college managed not to unearth as they were too busy taking off points for spelling and grammatical errors.

My Trip to Sweden and Experience with Immersion

When my father died in 1978, I told my mother that it was time for her to visit her cousins in Sweden. She had been pen pals with them since World War II. In fact, she was born in the US shortly after her parents arrived in 1910 and only spoke Swedish when she started school. This was long before ELL programs existed.

Like kindergarteners everywhere, she was able to soak up another language like a sponge. And she did very well in school. As an elementary principal 25% of my students were non-English-speaking refugees. In one case, a family from Iraq had a fifth-grader who could read and write Arabic and a kindergartener who could do neither. It wasn’t long before the kindergarten student was helping his older brother with English.

Since I knew we were visiting mom’s cousins who didn’t speak English, my wife and I got some Swedish tapes and listened to them in our car. We learned as much vocabulary as we could along with some basic sentences.

When we arrived we did our best to use our Swedish. Times at the dinner table were intense. We asked questions like “What do you call that?” and “How much does that cost?” and played a lot of charades. Meanwhile, my mother had no problem even though it had been decades since she spoke Swedish at home.

After a few hours, my wife and I were exhausted, but making progress. It reminded me of the few times I played competitive chess where you can become exhausted just by sitting on your rear and thinking hard for a few hours.

At the end of my two-week stay, I was speaking a lot and my cousins were bragging to their friends about my ability. Since most people in Sweden are fluent in English it’s the rare American that makes any effort. While I was probably making a mess of the grammar I was being understood and praised for my efforts. 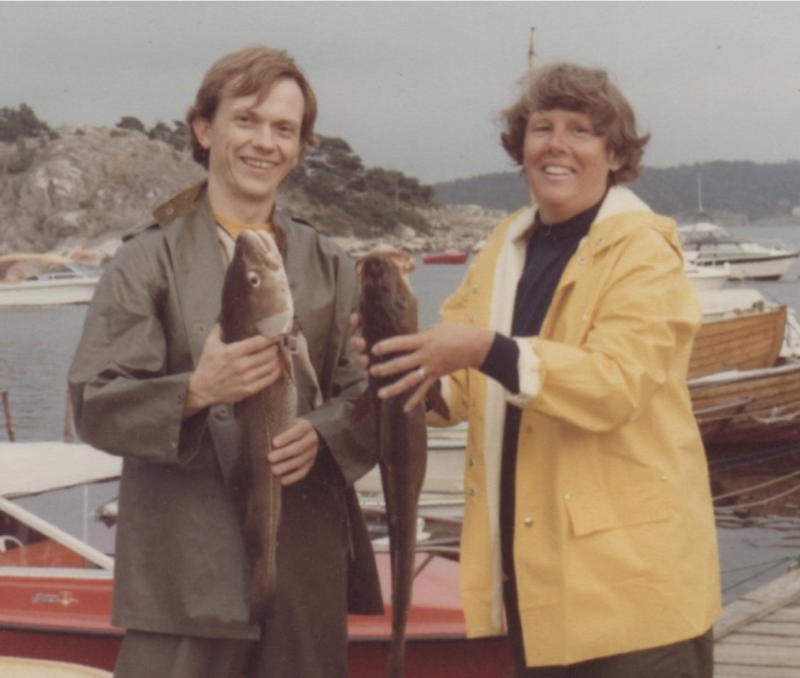 What Made Immersion Work?

As I stated in my introduction, I realized that we felt motivated. I never remotely experienced that in school. We were also truly immersed. This is something that is difficult for English speakers as most places you go people want to practice their English on you.

Anyone growing up in a country where English is not the first language who wants to make it in business knows that they have to learn English. That’s pretty good motivation. In light of this, the school systems start teaching English to all students when they are about nine or so, and many parents start much younger.

In the US, we wait until students are past the ideal age for second language learning. I have visited elementary schools in Sweden where I spoke Swedish to the younger students while the older students practiced their English on me.

As for immersion, anytime someone whose first language isn’t English visits a country like the US, immersion is the only option. This is why a lot of families and schools in Europe look for opportunities to have their high school students spend a year in the UK or the US where immersion is 24/7.

Another advantage that non-English speakers have is that much of the world’s media is in English. I recall walking down a street in Bordeaux, France in 1983 hearing Michael Jackson music blaring. Even Swedish groups like ABBA publish their songs only in English.

While Americans get a bad rap for not speaking other languages I can see why we don’t. I don’t think my experience in school is uncommon. As a teacher, I would test my best students on their abilities to speak the foreign languages they were studying off the cuff. They were quick to admit that they couldn’t (even though there had top marks in French and Spanish IV). Most of my students admitted that they didn’t feel motivated. And without the benefit of immersion, they didn’t have much of a chance.

I’ve also been to France and Italy where there were times that I had to use what I knew about those languages to have my needs met. In each instance, I felt that the people appreciated my efforts as I wasn’t the “Ugly American” that expected everyone to speak proper English. In Italy last year my companion and I sought out restaurants and bars where the wait staff and other customers didn’t speak English. This gave us immersion experiences although they were brief. 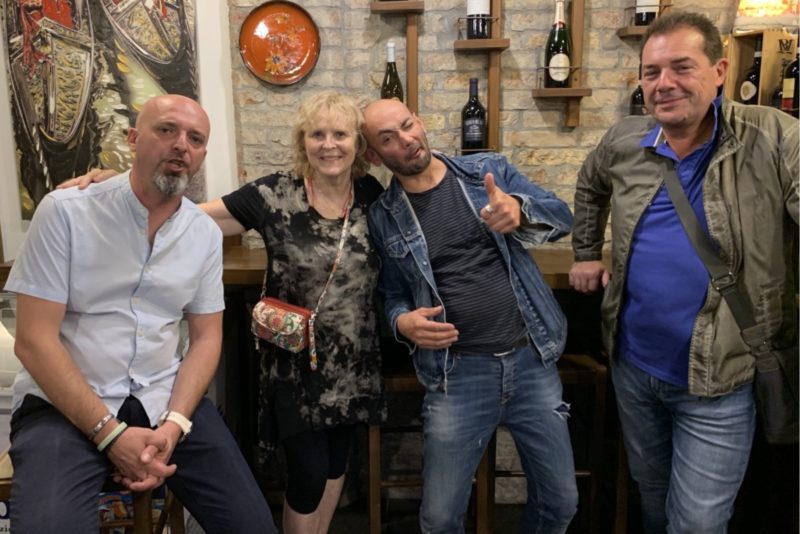 What You Can Learn From My Language Learning Experience

There isn’t much point learning another language unless you can go somewhere and use it. I’ve been to Europe many times and loved everywhere I went. So, pick a place in the world and start working on the local language. If you have any foreign heritage as I do, pick your ancestor’s homeland. Booking your flights and rooms six months out should also help with motivation.

As for immersion, be brave and use your new language when you have to deal with retail purchases and restaurants even if the service staff speaks English. You may be speaking a “pidgin” version of the language, but you have to start somewhere. Be sure to learn how to say “please speak slower,” and “I don’t understand.” I also prioritize words for buying wine and beer and for the location where you can get rid of it.

How Can You Reach Fluency?

Apps like Optilingo can help. Try to study a little every day and be sure to download Google Translate. In Italy last year I used it when I needed to ask a question and didn’t know what to say. It’s kind of like the Babble Fish from The Hitchhiker’s Guide to the Galaxy.

Finally, just because you struggled in foreign languages in school as I did, don’t assume that your language acquisition skills are bad. It will be harder for you than it was when you were in kindergarten, but it’s not too late. Also, if you have young children, help them learn a language. It’s never too early to start. I only wish my mother had the vision to teach me all of her first language instead of just the curse words.

Smith, Dana G. At What Age Does Or Ability to Learn a Language Like a Native Speaker Disappear?  Scientific American Online, May 4, 2018.

Dr. Doug Green is a blogger and an educational consultant. He became an administrator in 1976 and has elementary, secondary, and central office experience. In 1982 he became the first director of computer services for Binghamton, NY City Schools. He has over 500 publications in computer and education journals and professional blogs. His recent book is Teaching Isn’t Rocket Science, It’s Way More Complex: What’s Wrong With Education and How to Fix Some of It. 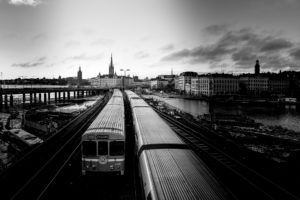 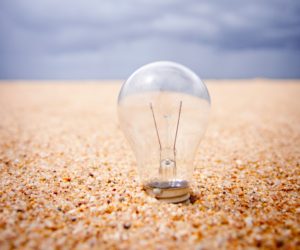