Discover the Secrets of the Italian Language

Italian is a fascinating language that everyone knows of at least a little. Thanks to the popularity of Italian food, the vastness of Italian art, and the importance of Italian culture, everyone knows at least a few words of Italian. But, there’s so much more this beautiful language. Discover key facts about Italian, as well as its history and modern grammar here.

Whether you’re just interested in the language or you want to go on an “Eat-Pray-Love” kind of journey to Rome, you need to learn Italian. Even a few words can help you out with the locals when you’re in Italy. So, choose the best language learning platform to learn the most useful Italian phrases before your trip.

If Julia Roberts could learn it, so can you.

Overview of the Italian Language

Italian is a Romance language. That means that its roots go back to Vulgar Latin. So, it’s closely related to French, Spanish, Portuguese, and Romanian.

Unlike most of the Romance languages, Italian remained mostly spoken in Europe. There are 68 million Italian speakers worldwide. Most of them people live in Italy. Italian is the official language of Italy, San Marino, and Vatican City. It’s also one of the four official languages of Switzerland. Additionally, Italian is also an official language at a regional level in Slovenia and Croatia. And we can’t forget the 500,000 Italian Americans living in the United States. 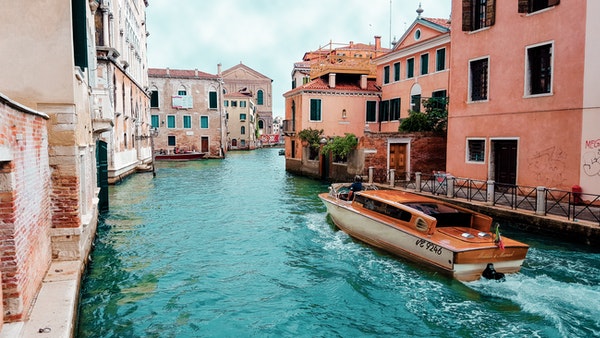 Italy is a land of a lot of regional dialects. And the unification of these dialects is the history of the Italian language. Overall, Italian belongs to the Italo-Dalmatian branch of the Romance languages. But, there is more than one kind of Italian in Italy.

Each region has its own distinct dialect. Nowadays, these are reduced to accents. But, throughout its history, Italian dialects were much more diverse.

Today, what we call Italian is Standard Italian of the Tuscan, and more specifically of the Florentine dialect. This is thanks to Italy’s vernacular literary tradition. That means that the literature was written in Italian instead of Latin. But, more on that later.

When the Roman Empire occupied Italian lands, the language they spoke was Vulgar Latin. As the Romans conquered Europe, they spread their language. This is why there are various Romance languages along the Western parts of Europe.

But, Italian was divided into different languages (dialects) across the peninsula. It wasn’t until the 13th century when the first cases of Standard Italian started to grow. 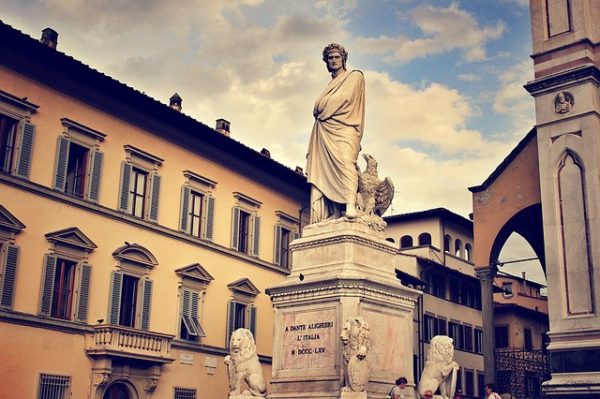 How Literature Made Italian

Usually, a country’s literature is defined by its language. But, for Italian, it was the other way around. In the 14th century, Dante Alighieri wrote the Divine Comedy (Divina Commedia). This piece of text was written in the Florentine dialect of Italian mixed with Latin. But, despite the different regional dialects, Divine Comedy reached all corners of Italy. Every literate person read it, and Italian began to unify the people through literature.

Poets like Petrarch and Boccaccio further emphasized the importance of Italian (and especially the Florentine dialect) in literature. This small step came to full fruition in the 19th century.

Alessandro Manzoni wrote a defining piece of Italian literature called The Betrothed. This was the first novel written fully in Italian. Since the writing language of Italian was the Florentine dialect, it became one of the most important novels of Italy. In the 19th century, the historical states of Italy unified into a single country. Thanks to Manzoni’s efforts, the Florentine dialect became the official Italian language.

At the time of unification, the majority of Italians didn’t speak Italian. Only an estimated 2.5-10% of the population spoke the Florentine dialect. That’s because in the 19th century most people were illiterate, or weren’t exposed to that accent.

Today, everyone in Italy speaks Italian of course. But, there are still dialects and regional accents. 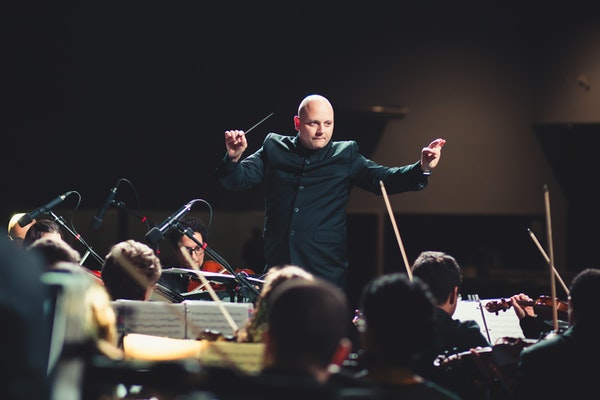 Italian has a truly beautiful sound to it. It’s an incredibly musical language. That’s why Italian is actually the language of musical notations and nomenclature. Words like “tempo”, “soprano” and “staccato” may be familiar to you.

The musicality of Italian comes partially from its intonation. Usually, every penultimate (second-to-last) syllable is stressed in every word.

The Italian Alphabet and Pronunciation

English native learners will be glad to hear that Italian uses the exact same alphabet as English does. But, it’s actually a little shorter than 26 letters.

The Italian alphabet has 21 letters. The letters J, K, W, X and Y don’t appear in any Italian words. But, you may see them in loanwords and English names. Italian has 5 vowels: a, e, i, o, and u. Of these, e and o have two different ways of pronouncing them. We generally refer to these as open and closed sounds. This varies by dialect as well.

The pronunciation of Italian letters is a little different than in the English alphabet. Here are the most crucial differences in how Italians pronounce certain letters. 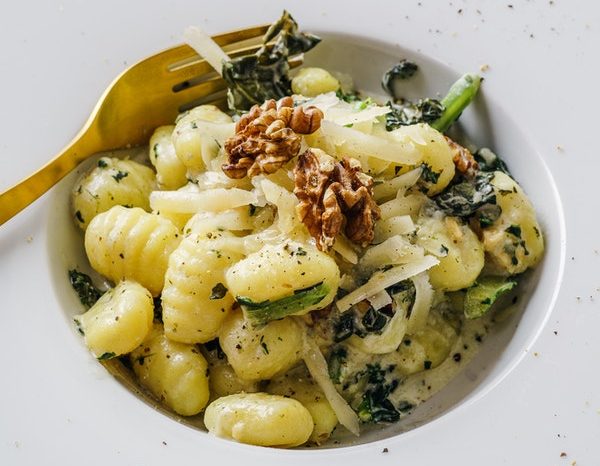 Diphthongs in the Italian Language

Diphthongs are a combination of two letters that create a specific sound when they’re together. Italian has a few diphthongs you should know when you’re pronouncing Italian words. When you see these letter combinations in Italian, this is how you need to say them.

Lucia is the subject of the sentence because she does the action. The verb (eats) is the action, and “an apple” is the object. An interesting feature of the Italian language is that most words end in a vowel.

In complex sentences, the subject pronoun can be dropped. You only really need it to emphasize or clarify the subject of your sentence. 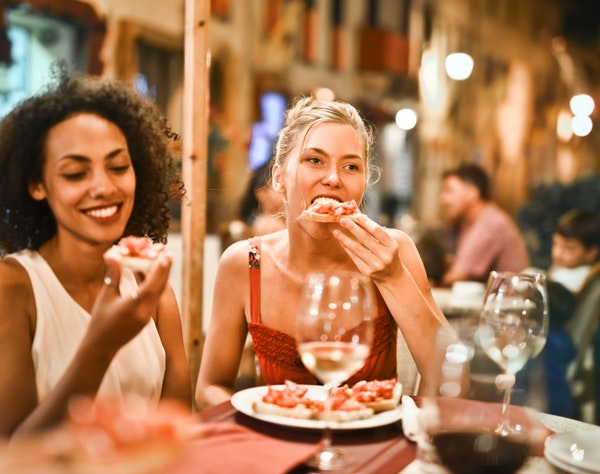 Verbs in the Italian Language

Italian verbs belong to one of three categories: -are, -ere, or -ire. These represent the ending of the verbs in the infinitive form. “-are” verbs are regular, but “-ere” and “-ire” are often irregular.

There are 14 tenses in the Italian language. These vary based on the time and situation of the meaning of your sentence. Simple tenses in Italian are fairly straightforward. You always need to conjugate the verb to fit the pronoun and the tense.

In compound tenses, you need the help of auxillary verbs to express what you want to say. The verbs you may use are avere (to have) or essere (to be). This sounds like a very complicated grammatical rule. But, other Romance languages, such as French, have the same rule.

Do Italian Nouns Have Genders?

Yes, Italian nouns have two genders: masculine and feminine. This is just like other Romance languages. But, in Italian, it’s easy to guess which gender a noun belongs to. Just look at the ending of the word. If the noun ends in:

If the word ends in -e, it could be either. Plural nouns usually end in -i for masculine or -e for feminine.

The gender of a noun is very important in Italian. It influences the article, adjective, and pronoun that’s connected to the noun. 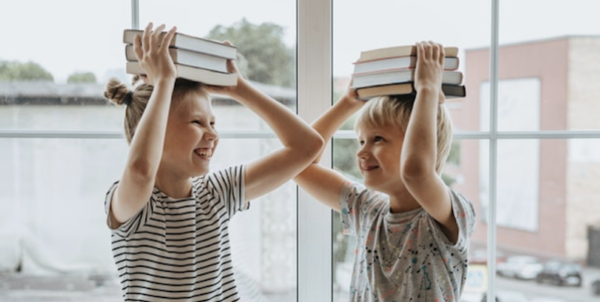 The Grammar of Italian Articles in the Language

Italian articles need to reflect the gender and the number of the noun they’re attached to.

There are 7 different types of definite articles in Italian:

If the noun begins with a vowel, s+consonant, or a z, things change. There are special definite articles in Italian that you need to use in the following situations:

Here are examples of all the different Italian definite articles: 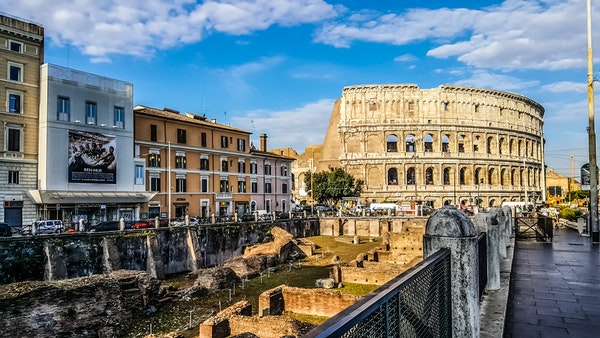 In Italian, adjectives need to match the gender and the number of the noun as well. But, the most interesting this about Italian adjectives isn’t the form they take. It’s their placement in a sentence.

Italian adjectives can come before or after a noun. If the adjective is strictly factual (denotative), it comes after the noun.

Azurro means blue, and it’s a fact that the sky is blue. So, it comes after the noun.

If the adjectives imply something (connotative, functional), it comes before.

Big is a connotative adjective. It’s relative, so it comes in front of the noun in Italian. Occasionally, some adjectives can come before or after a noun. But, the meaning changes when that happens.

Interestingly, when there’s a definite article in front of a noun as well as a functional adjective, the adjective comes between the article and the noun. Let’s look at an example with the different forms of the possessive adjective for “my” in Italian.

As you can see, the placement of adjectives within a sentence matters in Italian. But, you also have to pay attention to use the correct forms of the adjectives according to gender and number.

It’s not difficult to learn how to count in Italian. Here are the first ten numbers in the Italian counting system. 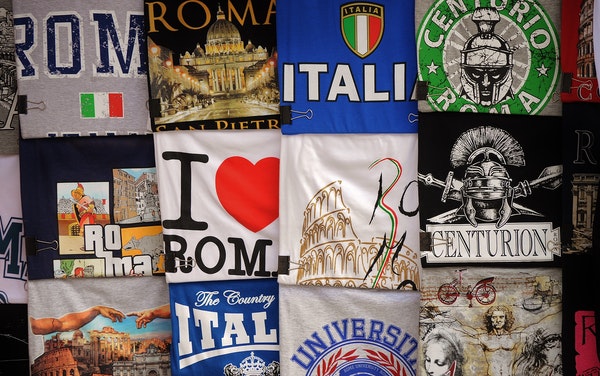 The Importance of Italian Culture

Learning to speak Italian is definitely worth it. It’s the 6th most studied language in the world. So, for a language that’s not “only” spoken by 68 million people in Europe, how can that be?

Italian culture is one of the most important and fascinating in the world. For example, Italians gave the names for music notations. The coffee you drink probably has an Italian name. And let’s not forget the marvelous Italian cuisine. Whether it’s pasta, pizza, or a bellini you’re craving, Italy is where it originated.

Ultimately, visiting Italy is an incredible motivation to learn the language. If you’re planning to travel to Italy, it’s best to familiarize yourself with at least some of the language. Luckily, learning Italian isn’t difficult at all.

Is Italian an Easy Language to Learn?

Italian is one of the easiest languages to learn for native English speakers. The United States Foreign Service Institute ranked it in Category I. This means that learners could easily reach fluency in Italian, just like for French and Italian. It would take an estimated 600 hours of study to reach Italian proficiency.

But, that’s just an estimate. With the best learning resources, you can significantly decrease the time you spend studying a language.

So, how can you learn Italian is the easiest and fastest way? The answer is with OptiLingo. This app lets you study the most common and useful Italian vocabulary. Those are the same words that real Italian locals use every day. So, don’t waste your time trying to learn unnecessary words.

OptiLingo also makes you speak the language. Instead of typing, you can really focus on the skill that gets you to fluency. When the time comes, you’ll have no fears about speaking to the locals in Italian. To achieve your dreams of speaking Italian download OptiLingo! 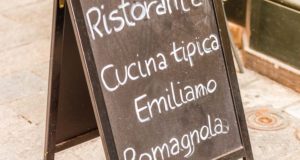